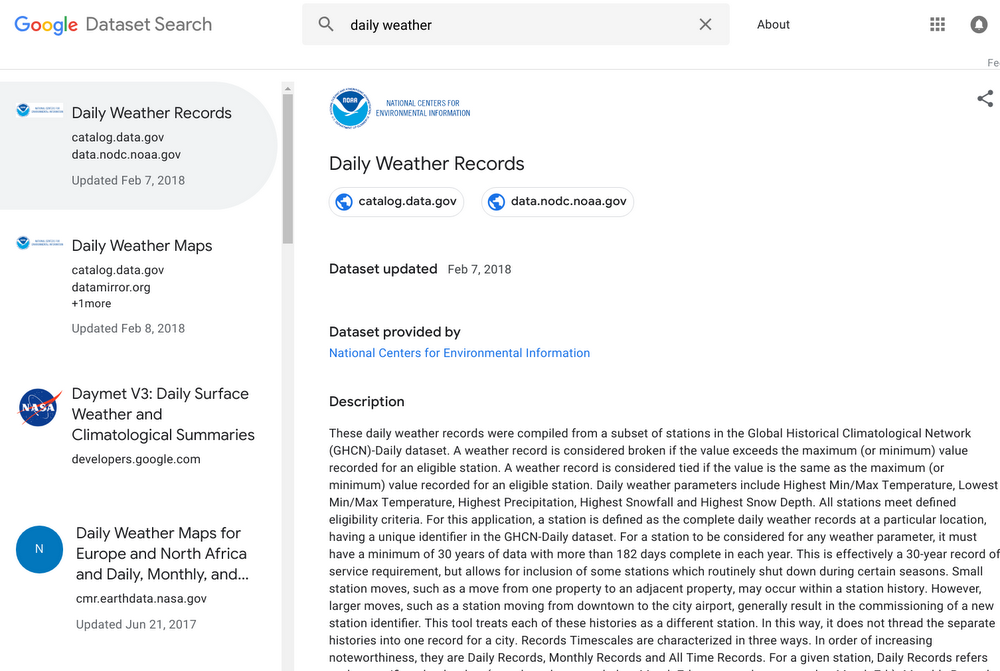 This new release enables to search data in multiple languages with support for additional languages to join the forum soon. You also find references to most datasets in environmental and social sciences, as well as data from other disciplines provided by news organizations, such as ProPublica. The new search engine by Google largely banks upon the Schema markup for dataset providers, that were introduced in July. The Schema markup displays data tables directly in the search results which is as good as metadata that data publishers are willing to provide.

In a recent post Natasha Noy, Research Scientist Google Al, said, “To create Dataset search, we developed guidelines for dataset providers to describe their data in a way that Google (and other search engines) can better understand the content of their pages. These guidelines include  salient information about datasets: who created the dataset, when it was published, how the data was collected, what the terms are for using the data, etc. We then collect and link this information, analyze where different versions of the same dataset might be, and find publications that may be describing or discussing the dataset. Our approach is based on an open standard for describing this information and anybody who publishes data can describe their dataset this way. We encourage dataset providers, large and small, to adopt this common standard so that all datasets are part of this robust ecosystem.”

This launch makes discovering tabular data easier and uses this same metadata along with the linked tabular data to provide answers to queries directly in the search result. Though Google launched the Datasets focusing the news organizations and data journalists, the datasets proved useful to a much broader frame of audience.

This latest version of the search engine is under its Beta testing phase and awaits more additions to evolve as the ultimate search engine. Google looks forward to accepting feedback from the users to make the additions accordingly.