Online Videos Contribute to 50% of Web Traffic with Netflix & YouTube Being Winners!

According to an interesting revelation by Sandvine, Netflix & YouTube now account for 50% of web traffic. A survey was done in North America for fixed devices like TVs, desktops, smartphones, tablet, and OTT devices.

That's not all. Sandvine also found out that Netflix is the leader in online video streaming and YouTube stands next in the queue. 31.6% of all the downstream traffic during peak period comes from Netflix, while YouTube contributes to up to 19% of the traffic. 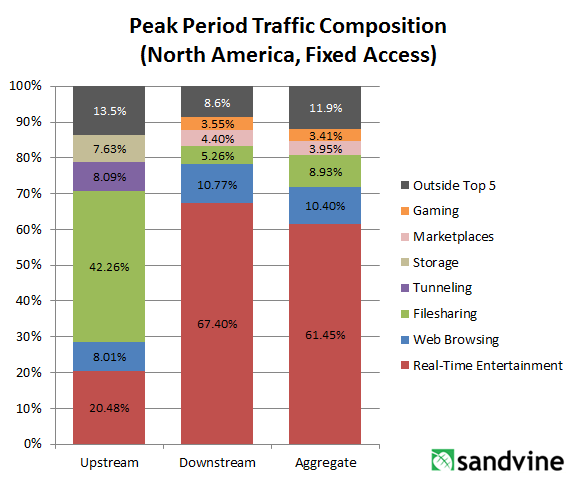 Netflix has actually seen a decrease in the percentage and most of the report data was gathered before Netflix stated its SuperHD streaming for subscribers. 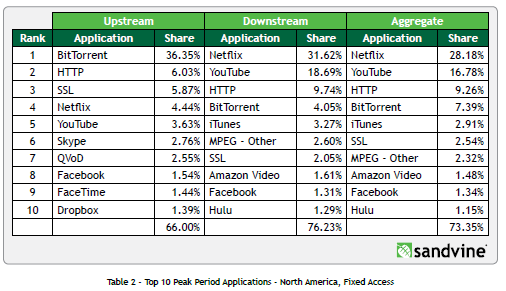 The stats show that Amazon, Hulu, iTunes, and other major sources of video just account for 7.5% together. It is perhaps difficult to analyze if the domination is because of Netflix's business model or just because it was the first one with the concept.

There's an increase of 9% in the overall downstream bandwidth of YouTube post first half of 2013. According to Sandvine, this could be the result of increased use of smartphones and tablets.

Netflix Gaining on Mobile Networks & YouTube Left Behind in the Race

When it comes to mobile, YouTube is the winner with 17.69% share during the peak period. However, it was 31% in the first half of the year. Netflix, formerly was 2.2% and has now raised to 5%. Google Market, Facebook, MPEG, SSL, and even Pandora have high percent in the streaming video service.

It shows that short-format dominating YouTube is preferred on smaller screens and less-stable mobile networks. However, once the devices are on broadband connection, Netflix is preferred by viewers as a video entertainment source.

If we talk about Atlantic region, YouTube is the leader in fixed devices and mobile networks as Netflix isn't full-featured or content packed. YouTube is however getting a tough beat by HTTP on the mobile access chart. 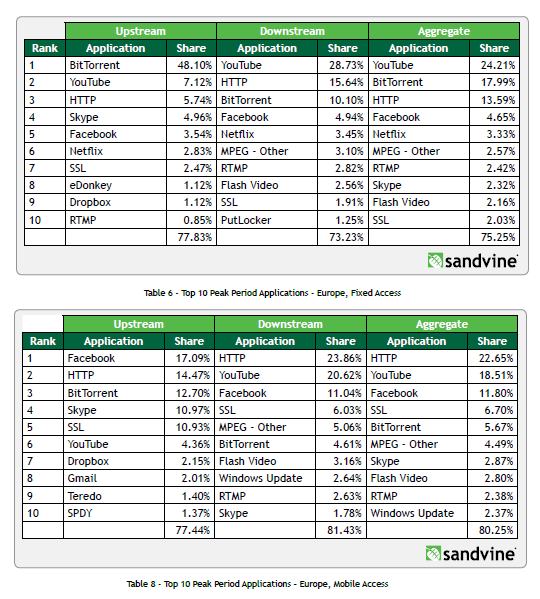 In Latin America and Asia Pacific, YouTube continues to dominate. It stands out as the world's streaming video destination site. 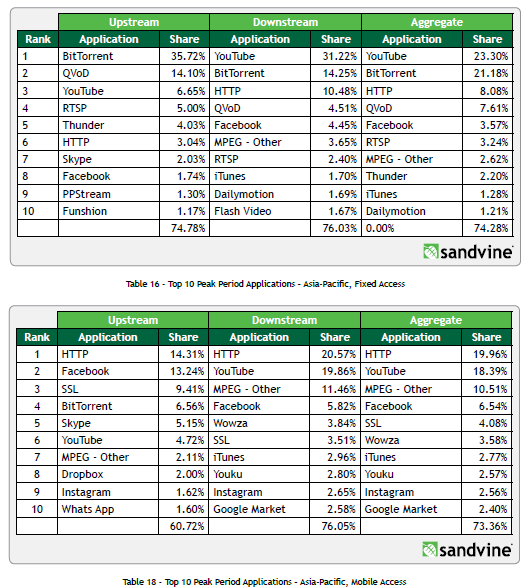 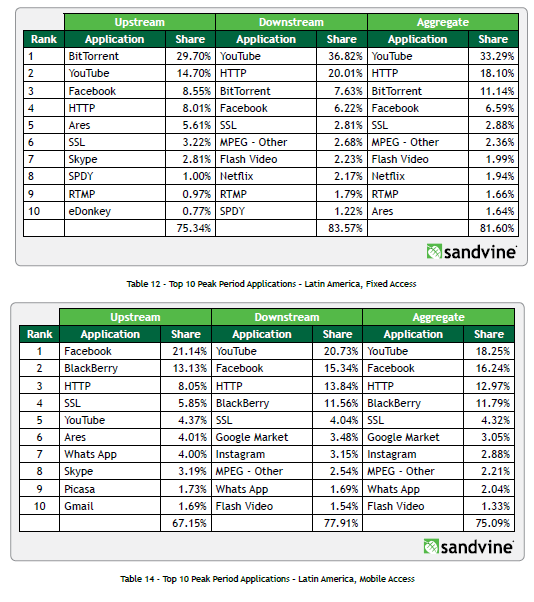 Sandvine collected the data in September, keeping the subscribers' identity anonymous. There's a lot of other data like the Google outage, impact of iOS7 and more. So, view the complete Sandvine Global Internet Phenomena 2H 2013 report.