For campaigns with “limited by budget” alert in AdWords, Google has rolled out new campaign daily budget estimator. The view of the new pop-up was tweeted by Sergey Rusak of WordStream. 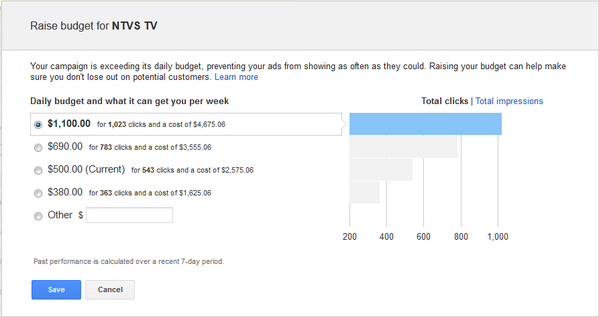 The historical picture of additional impressions or clicks your campaign would have received each day over the past week, if your budget was set higher are no longer visible in the graph.

For example, instead of showing if your campaign missed out on clicks in two of the days displayed on the graph, it will now show the aggregate of estimated clicks and impressions as per each budget recommendation.

It will now be easier to see the relative impact each budget setting can have on a campaign. However, the estimates will still be based on the previous 7 days.