Back in August 2010, Yahoo! announced the transition of its US search results property to Microsoft Bing. This was followed by Yahoo! sending out updates announcing the migration of its Yahoo's European organic search results to Bing's search last month. And now this transition is slowly making its way to India market. The entire transition process is expected to be completed by mid-September.

As of now it is not really clear as to how Yahoo’s algorithm transition is going to impact the organic search results for Chinese speaking cities such as Hong Kong and Taiwan where Yahoo domination still continues.

Meanwhile, Yahoo's Net Index A Study for Southeast Asia sheds light upon consumer insights for the advertisers that are targeting these emerging markets:

As per the study in partnership with Nielsen, search plays a rather important role in the overall engagement on the Internet. About 80% of Filipinos go online for leisure and entertainment purposes from 68% listening to international music, 65% for local music, 59% view photos and videos to 55% play games.

Whereas 82% of Filipinos youth engage with social networking activities as opposed to search in the country.

Meanwhile the focus on entertainment and social networking suggests that the 10 to 29 year old demographic still remains the core audience segment that drives Internet adoption in the Philippines.
Malaysian Market:

Social networking is the most dominant platform in the Malaysian market with 90% communication taking place over social networks. This increased by additional 29% since 2010. Whilst accessing the search engines comes a close second with 89%.

Malaysians seems to be getting quite complacent about buying things like mobiles, clothes etc. online with 40% of shopping happened over Internet using their credit cards.

Southeast Asian markets are a strong hold of the search giant where they have set up a new office in Bangkok, Thailand a few days back, followed by setting up an officie in Kuala Lumpur, Malaysia in January. The Internet firm intends on hiring about 100 people in Southeast Asia alone and 400 more in the region by the end of this year. 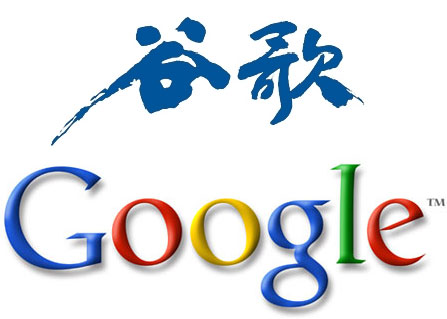 Google also plans to open an office in Indonesia in before 2012, that targets the small and medium-sized businesses, according to media reports.

Google Executive Chairman Eric Schmidt was in Indonesia in July to meet with the vice president where he talked about the strength of the market, “There are 50 million small businesses in Indonesia, just numerically those will be the engine of growth for the future economy,” Schmidt said.
Japan Market:

According to the Impress R&D's annual white paper on Japan’s latest Internet data, Motoko Hunt, search consultant for AJPR and chairman of SEMPO Asia Pacific Committee, the use of Twitter and Facebook are on a rise in Japan. She also advised of bearing in mind the smartphone search marketing for you online marketing strategy in case you are targeting the 20- to 40- year-old demographic.

Google Analytics not as huge in China

Despite Google Analytics being the most popular web analytics tool for online marketers globally, In China Mainland it's a different story altogether. Michael Xu, senior VP of business operations at Gridsum and co-chairman for SEMPO Greater China puts forwards the two reasons why:

For the Chinese market one needs the mix of both the search and social. Microblogging, should be in the forefront according to the CNNIC study that revealed more than 195 million users are currently on the platform.