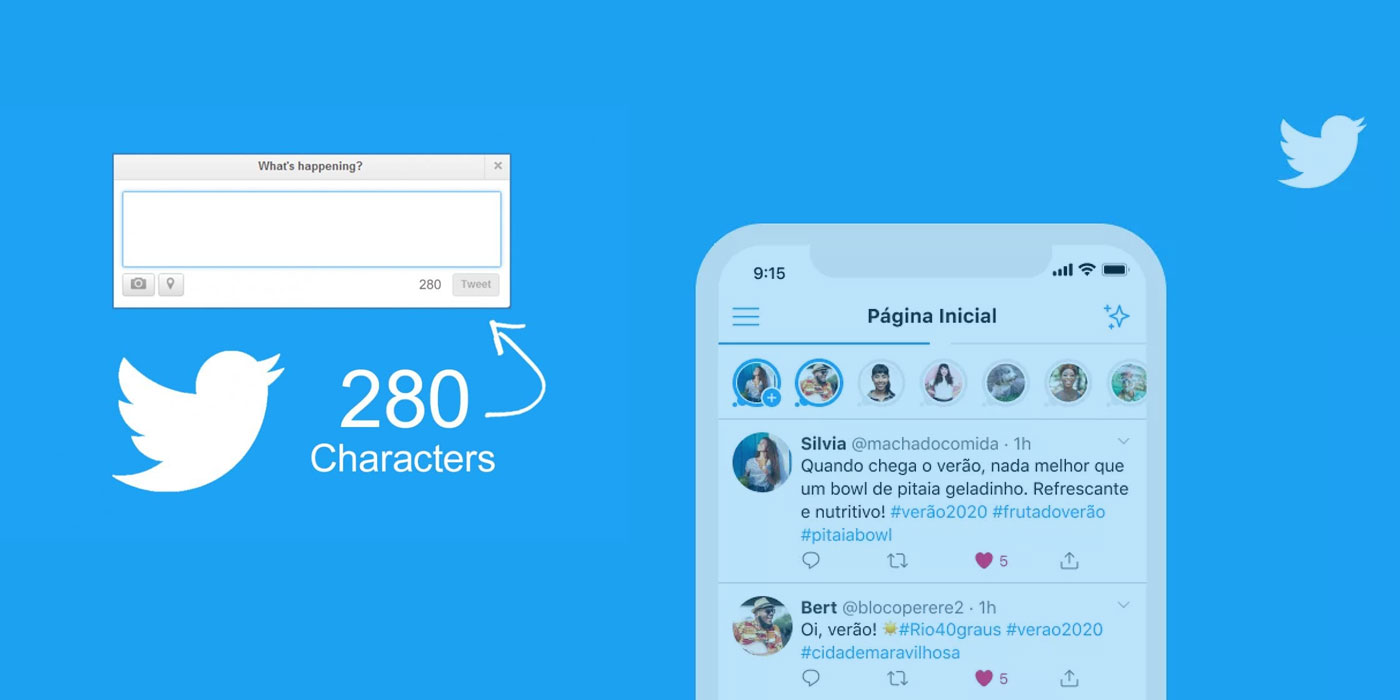 280-Character Limit Officially Enabled For All Twitter Accounts, Including Brands!

Twitter is finally coming up with it’s doubled-up tweet length for all users. It has been testing the feature of extending a tweet’s length to 280 characters for almost two months, and has come to the decision to enable it, this Tuesday. The new feature will be applicable to all languages except Chinese, Japanese and Korean which have pictorial alphabets and thus do not face much of a spacing issue.

Although advertisers, who create ads through Twitter’s self-serve platform, won’t be able to take advantage of the new length as of now, but will be allowed to post 280-character-long organic tweets and run those as Promoted Tweets, said a Twitter spokesperson. The spokesperson added that the support for 280 characters ads will be out “in the coming months”.

The reason for Twitter to embrace the extended length feature, within two months of testing, is that it didn’t make much of a difference. It did not show any sign of a negative consequence, contrary to some people’s belief that it would make checking Twitter a lot more time-taking. Some even compared the length to Tolstoy’s novel.

Hardly anyone in the Twitter test group posted for 140+ characters in their tweets. As per the data analytic, of all the tweets published since Twitter began testing the 280-character length in late September, only 5% went ahead the standard 140 character limit and merely 2% exceeded 190 characters.

“As a result, your timeline reading experience should not substantially change, you’ll still see about the same amount of Tweets in your timeline. For reference, in the timeline, Tweets with an image or poll usually take up more space than a 190 character Tweet,” Twitter product manager Aliza Rosen wrote in a company blog post published yesterday.

Twitter decided to test the extended character count feature in order to relieve the users’ frustration on hitting the 140 character limit when they had a lot more to say.

The constricted character count forced them to erase their message, leaving them unsatisfied and half- vented out. By taking this step, Twitter managed to not turn off new users, revert to stagnating user growth and suppress its declining ad business.

With the new Twitter feature, it has been noticed that there have been fewer editing instances due to tweet’s length. Under the 140-character limit, 9 percent of English-written tweets hit the cap. However, under the 280-character limit, that number dropped to 1 percent, according to Twitter.