BERT: Everything You Need To Know About Google’s New Born Update

SEO professionals consider Google BERT as one of the “single biggest positive” algorithm updates; Google has rolled out in the last five years.

A couple of days ago, Google announced one of the most significant changes to its search algorithm, dubbed the Google BERT update. So, let’s see what is BERT, and how will the update affect your SEO strategies? 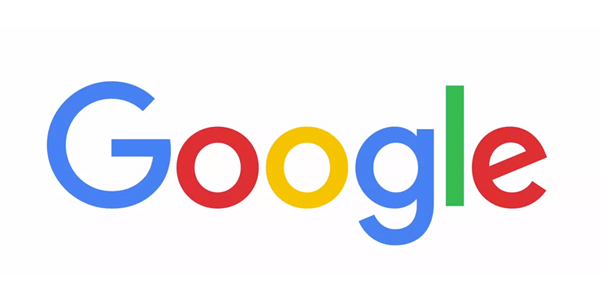 Hearing It From Google:

Google calls it as one of the “biggest leap forward in the past five years, and one of the biggest leaps forward in the history of search.” Yes, it is one and only- the BERT algorithm update. It is Google’s initiative to better understand one out of ten queries, in a way humans perceive them. P.S: The BERT update impacts 10% of search queries.

Getting To Know Things Better With BERT:

It points out that using BERT- Google search has gotten better at understanding more prolonged and more conversational queries. This is mostly true in statements where prepositions like “for” and “to” matter to the meaning.

This means that the search engine can now quickly grasp nuances and context. And for this, the credit goes to a neural network-based technique for processing language called Bidirectional Encoder Representations from Transformers.

BERT- An Initiative To Bring In Major Search Algorithm Changes:

According to Google, this update will affect complicated search queries that depend on context.

“These improvements are oriented around improving language understanding, particularly for more natural language/conversational queries, as BERT can help Search better understand the nuance and context of words in Searches and better match those queries with helpful results.

Search will be able to understand the context of the words in your query. You can search in a way that feels natural for you.”

What Is The BERT Algorithm?

Google has open-sourced this technology, and others have created variations of BERT.”

The BERT algorithm (Bidirectional Encoder Representations from Transformers) is a deep learning algorithm related to natural language processing. It helps a machine to better understand what words in a sentence mean or imply, but along with all the nuances of context.

How Does The BERT Update Affect On-Page SEO

Someone asked search algorithm expert Dawn Anderson (@dawnieando on Twitter) what that meant for SEOs, and she responded that it wouldn’t help websites that are poorly written.

“BERT and family improve state of the art on 11 natural language processing tasks. Even beating human understanding since linguists will argue for hours over the part of speech a single word is.

But what if the focus of a page is fragile? Even humans sometimes will be like “what’s your point?” when we hear something.

And pronouns have been very problematic historically, but BERT helps with this quite a bit. Context is improved because of the bi-directional nature of BERT.

There will still be lots of work for us to do since we need to emphasize importance, utilize clear structures, help to turn unstructured data into semi structured data, utilize cues on content light pages (e.g. image heavy but not text heavy eCommerce pages) using things as internal linking.

“It’s knocking human understanding out of the water in loads of natural language understanding tasks. BERT is like a WordPress plugin which is a starting point, and then they customize it and improve it.

The word “rose” means several things, but it’s exactly the same word. The context must accompany the word; otherwise, the word means nothing.”

BERT: A Way Towards New Change

“A researcher I know used BERT in his work with assistants, e.g. similar to Google Assistant, to test the use of clarifying questions. So it has many uses. It’s just a starting point.”

“So you see this as one step in a longer journey?”

RankBrain Is Still Active: RankBrain which was Google’s first artificial intelligence method for understanding queries in 2015. It looks after both the queries and the content of web pages in Google’s index to better understand what the meanings of the words imply. BERT does not completely replace RankBrain; it is a surplus means for understanding content and queries. RankBrain can and will still be used for some queries. But when Google thinks a query can be better understood with the help of BERT, Google will use that. A single query can use multiple methods, involving BERT, for understanding the query.

Google says that there are several ways that it can understand, interpret and analyze what the language in your query implies and how it relates to content on the web.

For Instance: If you misspell something, Google’s spelling systems can help find the correct word to get you what you are exactly looking for. And/or if you use a word that’s a synonym for the actual word that it’s in relevant documents, Google can match those. BERT is another signal Google uses to understand language. Depending on what you search for, any one or combination of these signals could be more used to understand your query and offer a relevant result.

Though, it wouldn’t go out and create thousands of longtail phrases to try to capitalize on Google’s ability to better understand the context.

However, it can help to fetch more traffic with content that is more focused and well organized.