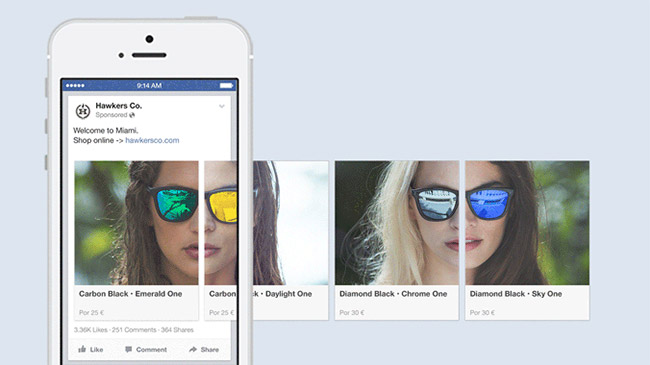 Facebook announced the launch of its carousel ad format, which is now available for mobile application ads. The social network said in a Facebook for Business post that the carousel format for mobile apps ads will be enabled to support up to 5 images, with links, adding that advertisers using the format have seen costs per conversion 30% to 50% lower than single-image link ads and costs per click 20% to 30% lower.

Facebook also added that early analysis shows that the new format has helped to boost click-through rates by an average of 12%.

Mobile app install ads and engagement ads in the carousel format are now available via its ads application – programming interface.

Using the carousel format to promote its app, foodpanda increased CTRs by 180 percent and reduced its cost per impression by 39 percent. 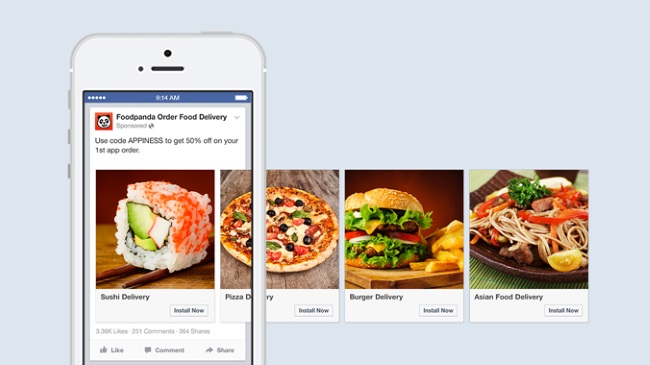 Mini used the carousel format as a storytelling canvas to take people on a virtual tour of the new Mini Hardtop 4 Door. 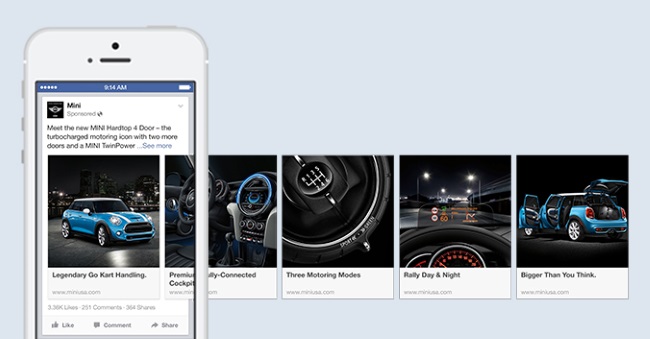 By showing carousel link ads to people that had visited its website, MVMT Watches increased CTRs by 75 percent compared to other advertising platforms and saw one of the lowest prices per acquisition the company has ever experienced. 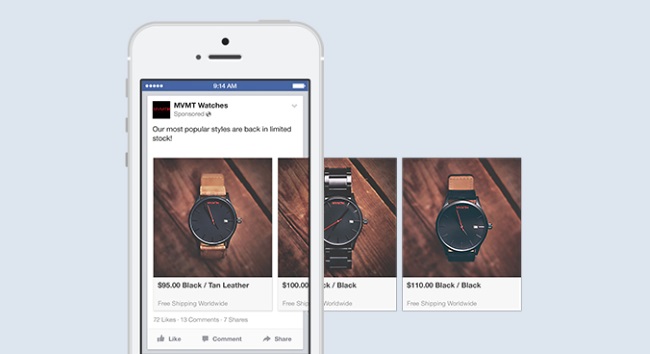