Google has launched a new AdWords tool which will make it easier for advertisers to make reports in spreadsheets. This new tool is presently available in beta and integrate it directly with Google sheets as an added feature. It enables advertisers to create reports which are based on AdWords data, from one or more accounts, by making just a number of clicks.

Advertisers can alter reports by selecting which columns they want to include, which enables them to display only the data which is most important to them. AdWords filters can be effectively used to narrow data reporting’s scope. After more than a single report has been made, the tool might display an overview of all created reports. You can come across some examples of user interface in the screenshots mentioned below:- 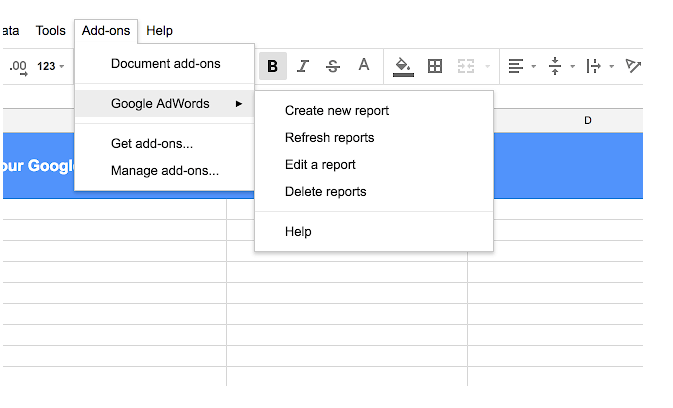 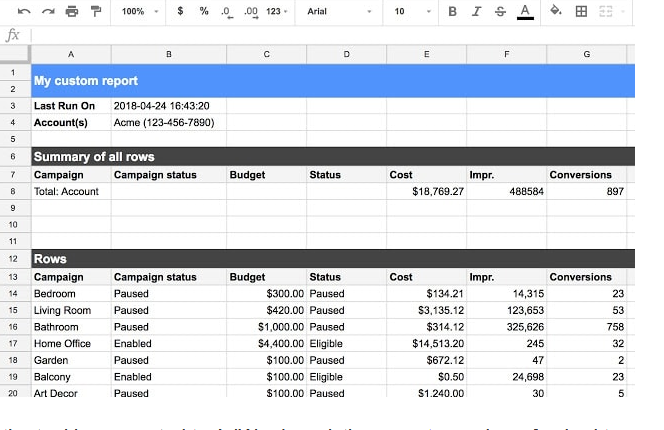 As the tools is connected with AdWords, existing reported can be refreshed for displaying the latest data. So in case an advertiser creates monthly reports using same data segments every month, they an duplicate the report of last month and fill it with the data of the present month. Reports may also be shared with Google Sheet’s existing sharing and privacy features.