Render on Idle is available to publishers who are using DoubleClick AMP ad tag or any ad network which implements Fast Fetch, an AMP-specific mechanism which lowers the likelihood that users will see empty ad slots for allowing ad requests to happen since page count is rendering. Ads render just before the ad slot is in view.

The AMP team has stated that publishers testing the feature has seen an increase in impressions per page and offers just .5% increase in clicks and viewable queries by being able to provide ads when a user’s browser is idle with Render on Idle. Publishers who are sensitive to viewability rate need to set data-loading strategy for keeping current viewport offset & disable idle render. 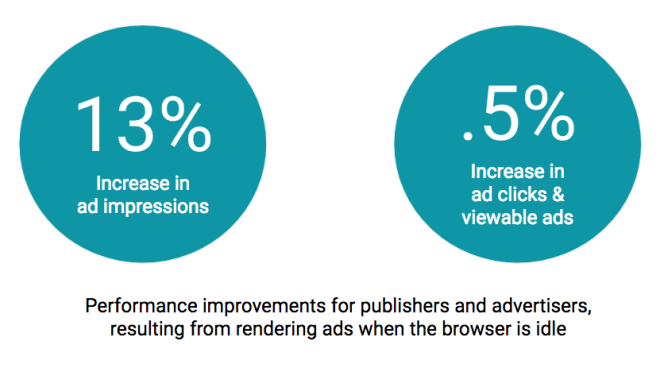 Ad networks will have to migrate from Delayed Fetch to Fast Fetch for Render on Idle to take effect.