Google announced on Twitter on Wednesday that it had released a “broad core algorithm update” this week. This update was launched after the search community witnessed shifts in search rankings and traffic. 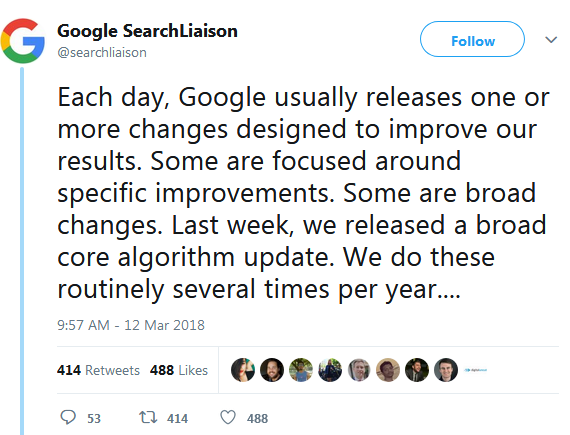 Google’s main aim was to distinguish between a daily enhancement which focuses on a particular area and the more important broad algorithm updates which have an impact on the whole algorithm. In its official statement, Google conveyed four major insights:

In a nutshell, Google will continue improvising its algorithms to make its search results more helpful for their users. They are telling webmasters that webmasters cannot do anything to “fix” their pages to acquire a better ranking following the launch of an update. Rather, attempt to make your website better over a period of time. Google might acknowledge such enhancements in the long run, and there will be an improvement in your rankings.