Google has published one of the most detailed explanations till date about their featured snippets in a search blog post. Featured snippets are quick direct answers which you can view on top of Google search results page which appears as a response to your queries.

Google has also confirmed that they will continue to display regular listings for searches with featured snippets as the latter isn’t meant to be the only source of information. They are a part of the overall set of results which Google offers to people from different sources. Here is a screen shot of usual featured snippets which Google might show to searchers on mobile or desktop:- 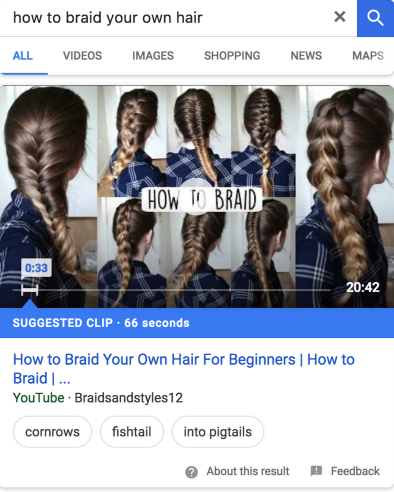 Suggested video clips which jump straight into a video result are also a type of featured snippets. People who utilize Google Home devices or Google Assistant can access the full results later once they get within Google Home app. Google admits has admitted that its featured snippets are not perfect since there have been cases of inaccurate or insensitive information as people try to vandalize results and spam related issues.

Google has shared the ways in which they show more featured snippet results to provide more diversity by using a ‘’more results’’ link under a featured snippet. They also use featured snippet tags, in order to refine the query or by showing greater number of options to a question with numerous snippet boxes in search results.

Google has acknowledged that they will continue to enhance feature snippet results over time. As a proof, it has pointed to voice quality raters guidelines and those efforts for enhancing guidelines of those results. There are often valid diverse perspectives provided by publishers.

Google intends to offer visibility and access to users into these perspectives from numerous sources. They ask users to submit their feedback on the ‘’Feedback’’ link found within featured snippets so that they can keep making enhancements periodically.