Google regularly updates its algorithms which not only affects the search results, but also helps webmasters to take the most advantage of their SEO practices. Yesterday, Google pre-announced that it will be releasing a broad core algorithm update.

As per the announcement, the updates will roll out today and will be called the June 2019 Core Update.

“Our guidance about such updates remains as we’ve covered before.” says Google.

As per the announcement, the updates will roll out today and will be called the June 2019 Core Update. 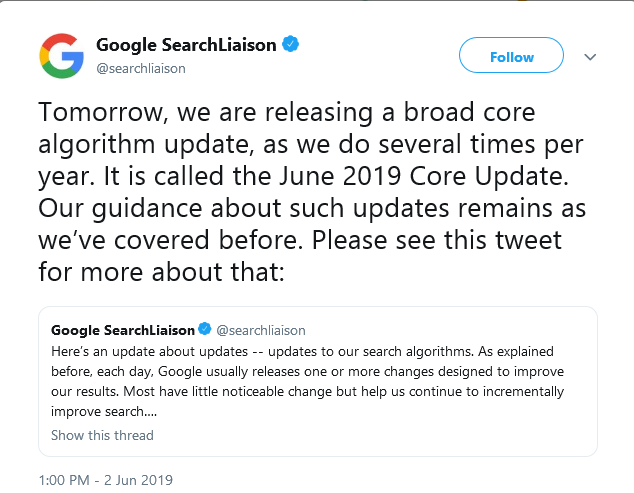 Danny Sullivan, Google Search Liaison, tweeted that there is nothing specifically “big” or “special” about this update. He wrote, “We just wanted to be more proactive. Rather than people scratching their heads after-the-fact and asking “hmm?,” we thought it would be good to just let folks know before it rolled out.” 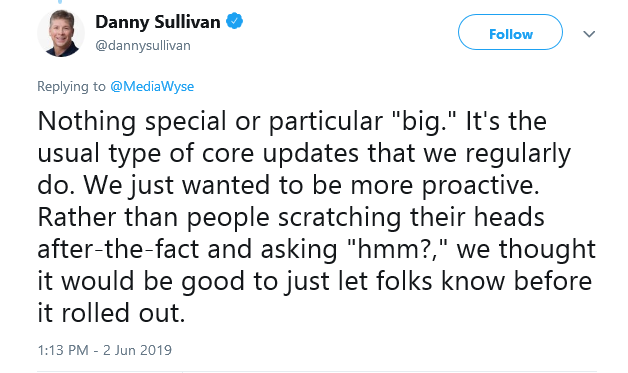 The last update was announced by Google on the 13th March, 2019.

In the previous update, Google focused on the need to concentrate on the content of your website so that users visiting would get the information they want.