Google is replacing voice search with its Assistant on home screen of Android mobiles, according to a report of 9to5google. Though experts have requested Google for more details, it’s pretty clear that Google intends to replace basic speech-to-text voice recognition with Assistant which has more capabilities.

Assistant Is A Vital Part of Google’s AI-first Approach

In 2017, at Google’s developer conference, CEO Sundar Pichai stated that the company was focusing on ‘’AI-first’’ rather than a mobile first approach. The major difference now is a multi-platform emphasis and broadening more capabilities of the Assistant, which is more conversational as compared to voice search, and possibly transactional(for instance Duplex) than ordinary search. 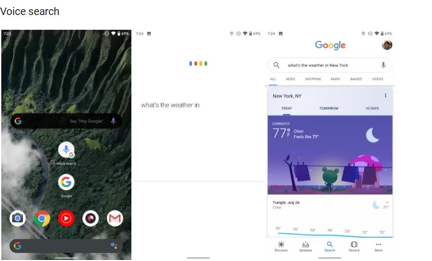 The existing ‘’voice search’’ blue and red mic can still be accessed on Chrome for Android and on Google app and Chrome browser for iOS. But there is a high probability that Assistant will replace it in iOS also. It’s still not clear when Google may integrate the Assistant directly within the Google app for iOS.

Google had earlier announced that its Assistant exists in one billion devices. Rather than search, Assistant is now their marquee product, across different devices and platforms. Google considers Assistant and its ecosystem as a long-term edge over its competitors. Earlier this year, Google started testing ads in Assistant results. In April, Google confirmed that it shows paid-search ads ‘’when relevant’’ in responses delivered through Assistant. 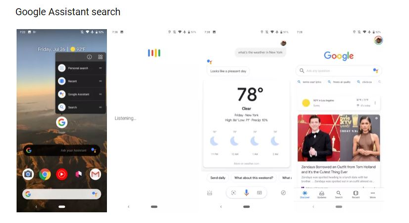 What Is The Significance of Google Assistant?

The Assistant attempts to offer ‘’answers’’, in rich, visual information rather than a list of links or conventional search results. Any difference between the Assistant and conventional mobile search results will disappear in the days to come. A recent study by Adobe showed that 48% of consumers are utilizing voice for ‘’general web searches’’. These numbers will increase as the Assistant sequentially becomes the major way through which people access information on mobile devices.