Google has announced assistance for datasets markup schema in its search results. Now searchers will be able to visualize the data of a web page in Google’s search results in a better way. Google stated that new agencies which publish data in tabular form can now add structured data to ensure that dataset parts can be identified for use in significant Search features. They also stated that news agencies add structured data to their existent HTML of a page, and therefore can control the way their tables are shown to readers. The markup version is shown below:- 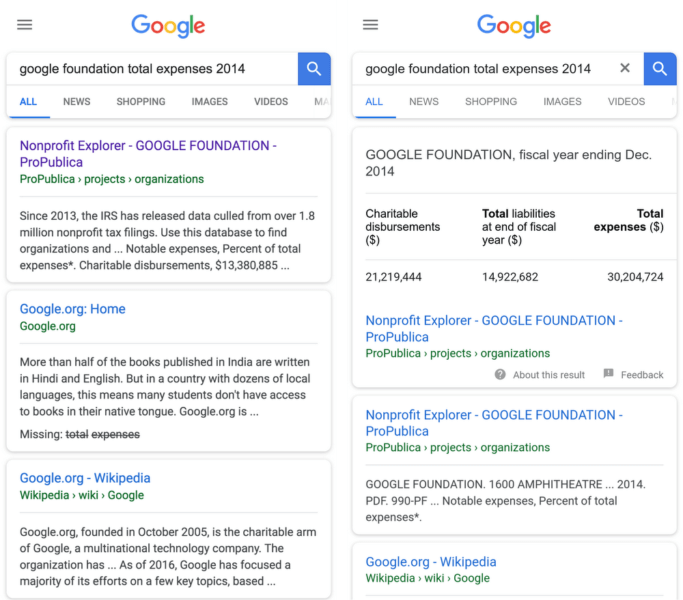 Google’s developer site regard this as the markup’s “pilot” release. It stated:-

Datasets are easier to find when you provide supporting information such as their name, description, creator and distribution formats are provided as structured data. Google’s approach to dataset discovery makes use of schema.org and other metadata standards that can be added to pages that describe datasets. The purpose of this markup is to improve discovery of datasets from fields such as life sciences, social sciences, machine learning, civic and government data, and more.

Roughly two years ago, Google announced this as Science datasets in search for the first time. Now they are calling it “Dataset” and expanding it’s usage beyond the science community to any data focused agency. Some of the examples of what can qualify as a dataset are given below:-