Founded in 2010 by former Google engineer Ori Allon, Julpan works on the real-time determination of what users are sharing through social networking platforms. Its acquisition is likely to help Twitter in coming up with better stream organization. 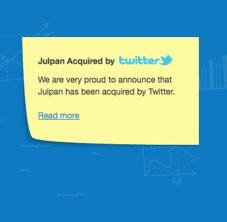 Julpan's technology helps an user to find out the most relevant Web content, even when he does not have any knowledge about the most relevant keyword. Julpan manages to do the same by analyzing the web activity of more than 100 million users. Julpan also claims its algorithms to be able to automatically identify and filter away spams, while categorizing stories by topics.

Ori Allon's stint with Google had begun in 2006, when the latter acquired his search algorithm Orion. After that Orion joined Google, while integrating his 'Orion' into Google's main search algorithm. He was there till 2010, when he quit to set up Julpan. Now after the acquisition of Julpan by Twitter, he is about to be the director of engineering at the latter. 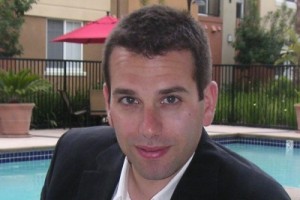 He has expressed his pride on his start up being acquired by Twitter. He has also said that with Twitter boasting more than 230 million Tweets every day on every subject, his company will now get a better opportunity to offer people what they need.