1. In the USA, based on the data collected till 28 Jan 2012, Facebook.com captures one in every eleven Internet visits. In other words, Facebook grabs 9% of all visits online. 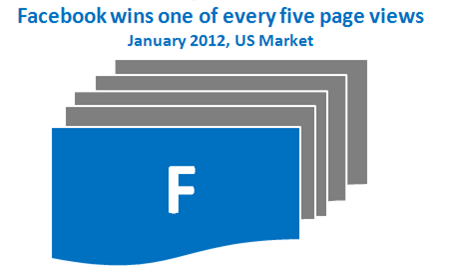 3. The average time a US user spends on Facebook is 20 minutes. 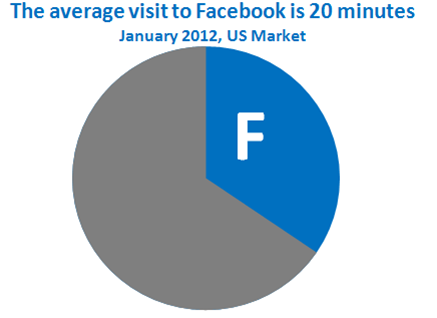 4. Based on the collection of 12 weeks data ending on 28th January 2012, women use Facebook more than the men in the United States. 57% women while 43% men use Facebook. 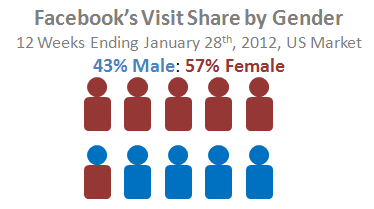 5. As compared to the online population’s age distribution in the US, the ages of Facebook visitors mirror the website’s strength in the marketplace. As compared to other social networks, Facebook has the perfect age to visits graph. 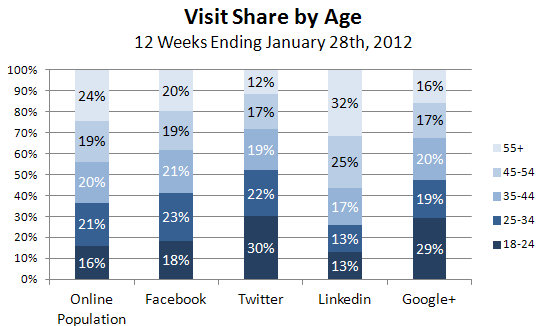 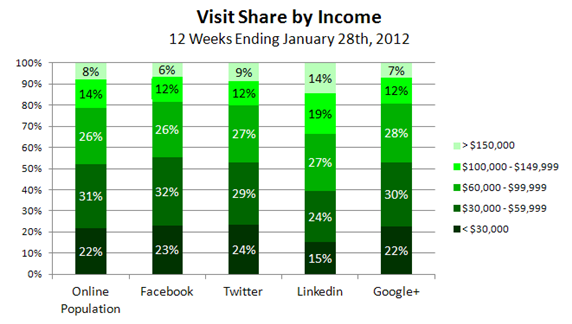 8.  People search for Facebook so much that is has become the most searched term in the US. The searches of Facebook-related terms make up 14% of the top search clicks. 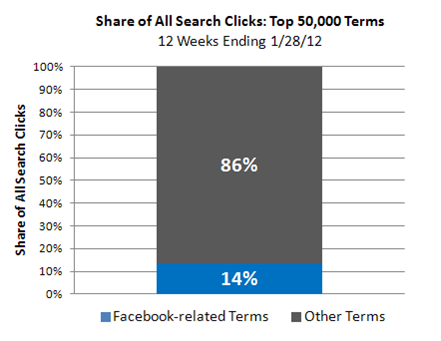 9. Facebook has succeeded in creating great loyalty amongst its users. In January 2012, of all the people visiting Facebook in the United States, 96% were returning visitors.

10. On a global level, Facebook has a secure place in the top two websites in every market except China. Canada has the highest number of Facebook followers with 12% of all visits in that market. In fact Facebook has also left Orkut behind and taking its position behind Google Brazil in the market share. 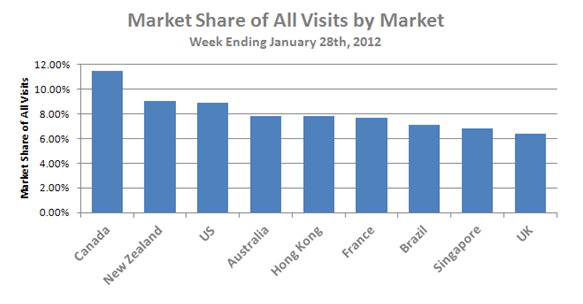 All these figures stemming from the US markets give further insights to how the people will react to the Facebook IPO coming out later this year. Facebook Inc. has filed for an initial public offering which will lead to the company being valued between $75 billion and $100 billion. This means that Facebook’s debut can be one of the biggest U.S. stock-market debuts of all time.