J. C. Penney was penalized for a period of 90 days by Google, in February, 2011, for not conforming to their guidelines while optimizing their site for search. The report of J. C. Penney's excessive link building which eventually led to their penalty was brought about by the New York Times in an article called The Dirty Little Secrets of Search. However, recently, according to reports from a couple of sites seem to confirm that the company is regaining their first and second page positions on Google.

seoclarity.com and searchmetrics.com have been keeping a watch on J. C. Penney's performance since the company was penalized. seoclarity said in their post that, “We set up several alerts to observe JCPenney’s performance on keywords where it held a strong position before the NYT story hit newsstands. On May 12th, almost precisely 3 months to the day when Google assessed its penalty, our alerts went off by the hundreds. We had observed some changes here and there over the past few months, but over 900 alerts on a single day meant something significant had happened.”

seoclarity tracked more than 2,000 keywords on whose search J. C. Penney ranked in the top 100 on the dates before they were penalized (10, February) and a day after the 90 day penalty was apparently lifted (May 10 and May 11). Below is seoclarity's breakdown of the keywords by word count:

There is also a graph that “shows the count of keywords that JCPenney had in the Top Position, Top 3 and Top 10 across the three dates”: 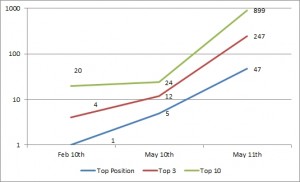 The huge leap of 24 to 899 keywords (shown by the green line) in the Top 10 are same in cases of both head term and long-tail keywords. seoclarity found that J. C. Penney had completely reformatted its website's URL scheme.

SearchMetrics also reports their findings via their blog post. Below is an image of their Organic Performance Index graph.

SearchMetrics says that they couldn't notice any significant decrease or change in J. C. Penney's link structure and guesses that they might have actually convinced Google that they were really clueless about the link building scheme going on at their site or that Google's search algorithm is being gracious enough to grant J. C. Penney a second chance. They (searchmetrics) also found that for some keywords such as “jewelry”, the site's (JC Penney) ranking got re-instated exactly to its former position. It is indeed interesting, as searchmetrics points out, that the reinstatement happened for a manual adjustment. 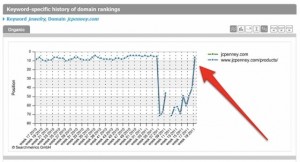 Efforts made by J. C. Penney

J. C. Penney had fired the search marketing agency, SearchDex, who were responsible for the links that breached the Google guidelines. Then they removed all the links that were listed by the New York Times, and as reported by seoclarity, they are re-writing all their URLs (which is a big task).

Searchengineland's Matt McGee points out that rankings regained by J. C. Penney showed show the older, shorter URLs. To this he says that it “seems to suggest that J.C. Penney hasn’t regained its search visibility based on Google recrawling its content and any automated changes, but instead based on the lifting of JCP’s manual penalty.” 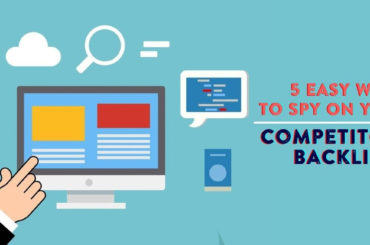 5 Easy Ways To Spy On Your Competitors Backlinks 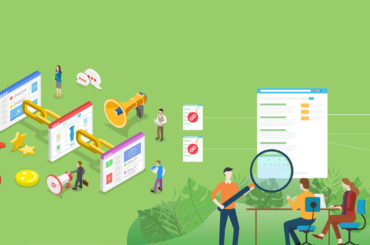 Few ways to Get High-Quality Backlinks to Your WordPress Site