Advertising network Chitika has released a new interactive map to represent the state wise usage of Mac, Linux, Windows, and Google search. Users can view the percentage of usage across the U.S. and each state by hovering over.

Chitika had released the Google-usage-by-state stats in August 2013 and added Linux, Mac, and Windows usage later into the interactive map.

Matt Kojalo, General Manager, Chitika said, "While a full correlative analysis on the OS data is still upcoming, this past August we found that Google usage shares correlated positively to state-level statistics on median household income, job growth, education level, and median age. As we noted in that earlier report, one of the other larger takeaways is the pervasiveness of Google usage across the U.S. – in no state does Google's share of search engine traffic drop below 53 percent".

According to the data provided by Chitika in August, Google reined in most of the states, especially: 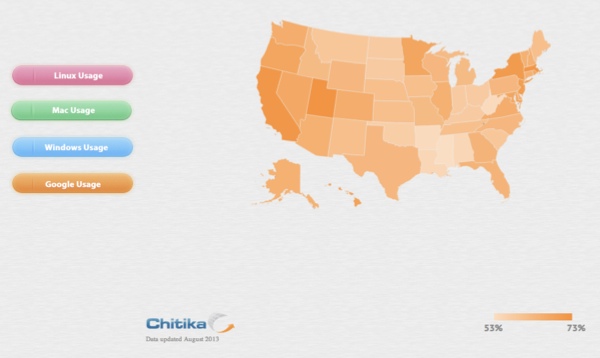 Chitika compared Mac versus Windows desktop OS in November, 2013 and states that favored Mac the most were: 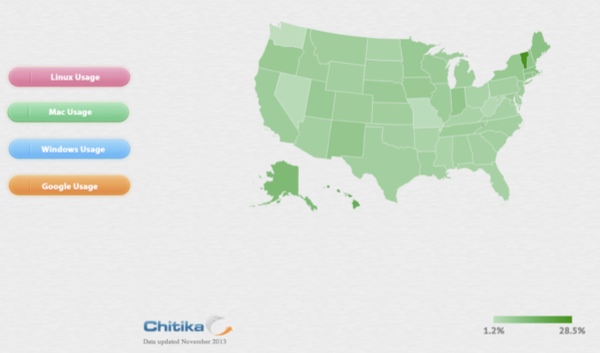 According to November 2013 data, top states using Windows were: 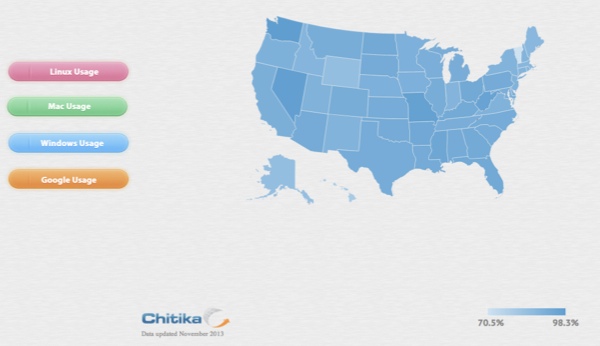 Chitika said that it will be updating the data points in a gap of six month and the next iteration of Google-by-state data will be coming next month or so. It will also be adding new data points such as search engines and browsers & mobile specific stats.