Shareaholic, a social plugin service being used by 200,000 has released a report on the referral traffic trends from 8 largest social networks over the past 13 months.

Here are the highlights of the report: 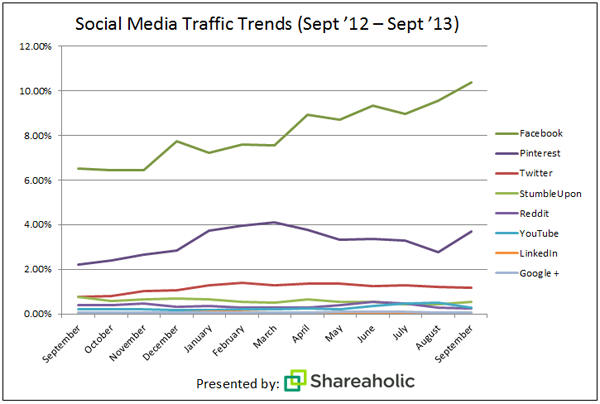 If Facebook, Twitter, Pinterest, LinkedIn, and YouTube are your prime marketing channels, you need to keep plugging away as these channels are likely to keep growing. If your marketing strategy revolves around Reddit & StumbleUpon, start looking out for new ways to drive traffic to your website. While Google+ is certainly worth leveraging, it shouldn't be your top priority.