Facebook has announced changes to its Domain Insights tool. The social media giant is changing the way Domain Insights determine the domains for which any event is recorded. This change has been made to simplify the tracking of Facebook referral traffic for sites with multiple subdomains.

Facebook has changed how Domain Insights determine the domains for which posts, clicks, impressions are recorded. This update will make tracking referral traffic simpler for those managing sites with multiple subdomains. Previously, Facebook would only show the event of the domain for which it occurred, but now each event against the domain as well as the parent domain will be shown.

Facebook has also announced it will be bringing changes to its App Ads. It will now align mobile app ads to other app ads so that the app ad looks similar to other ads in the system. They will also be connected to Facebook Pages and indicate when a friend of the user likes a Page. The social networking site will also add it’s much popular like, comment and share buttons to the App Ads. 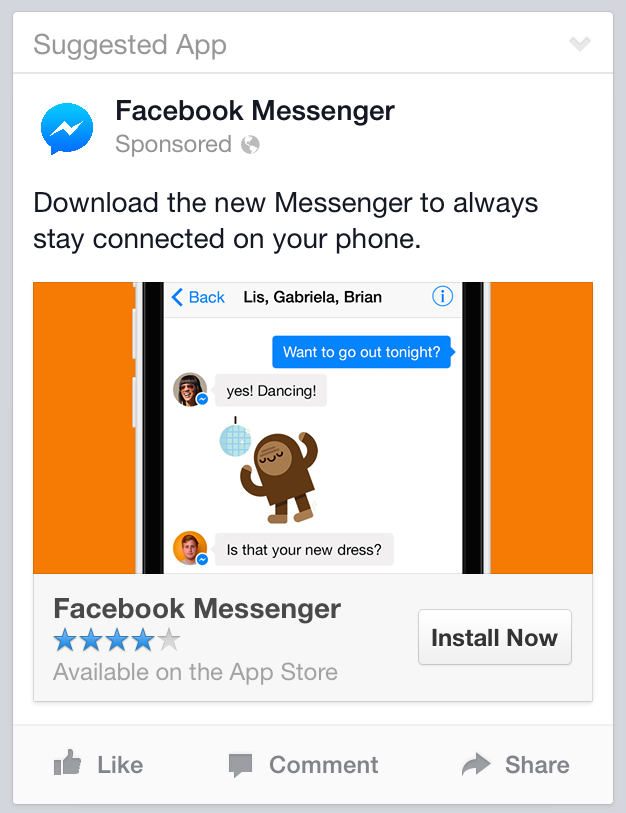 Facebook has stated that from July 2nd, users will not be permitted to create or edit app ads in the old format, or edit ad images for app ads using the old format. On August 6th, all mobile as well as desktop app ads still in the old format will be automatically converted to the new format.

The social networking giant has suggested users to create new mobile and desktop app ads between July 2nd and August 6th to ensure the ads are in the new format. Facebook will also set up an API solution which users can directly use through a Preferred Marketing Developer to inform Facebook of Pages they would like to associate with any app ads still running by August 6th. This will help Facebook to associate the right page for mobile and desktop app ads on transition to the new format.