Google has introduced a new inline post sharing feature that will let users add their thoughts straight from the post that they are sharing. Earlier, users were greeted with a pop-up text box whenever they clicked the share button on Google+. The pop-up urged them to write their thoughts and select privacy settings.

The change was noticed by Lee Jarratt and here's a screenshot of his Google+ page: 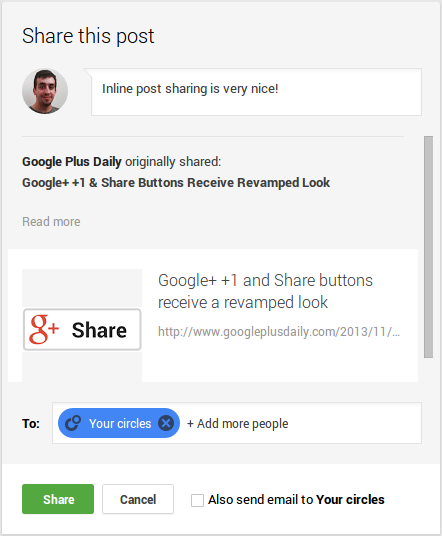 On pressing the share button, the post will be transformed into an all-new sharing dialogue, which will give a more seamless user experience. The visual style of inline post is similar to Google+ Comments for Blogger.

Google has not made an official announcement yet but the feature is expected to be rolled out to everyone.