In a recent report by Leadtail titled “How Search Marketers Engage on Twitter,” 521 U.S. SEMs were studied on Twitter to see the topics discussed by them, the content consumed and shared by them and the people and publications that were most influential in the Twittersphere. 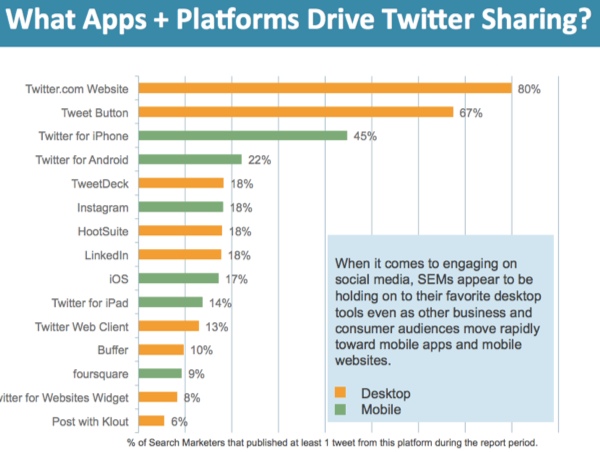 The most shared content among SEMs was the search engine marketers' industry sites and content at 58 percent, leaving behind the mainstream media which was at 29 percent and social media at 11 percent. 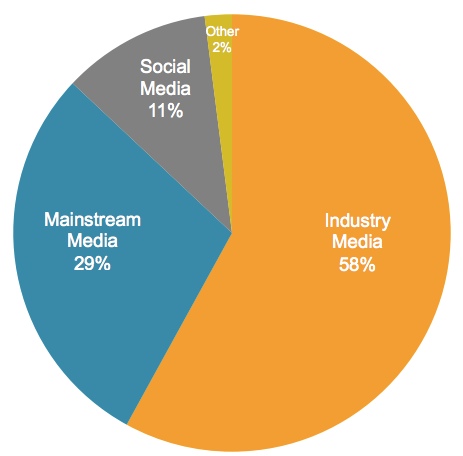 Out of the top 25 Mainstream media content sources, the most-shared content from mainstream media was from the Forbes, The Wall Street Journal, The New York Times, and a few more. The Guardian, Washington Post and WIRED were unable to garner a position in the top 10. 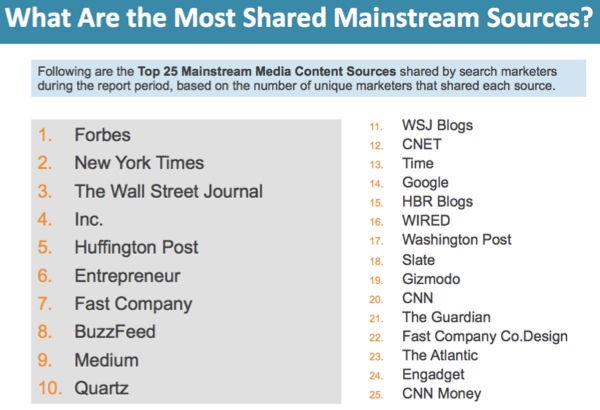 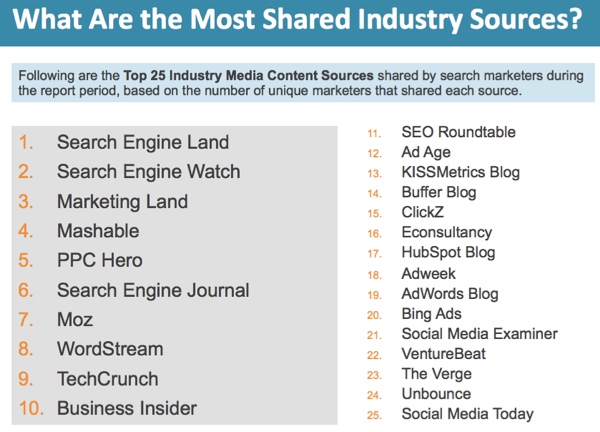 The Twitter accounts of the top 50 most retweeted publishers are shown in the image below: 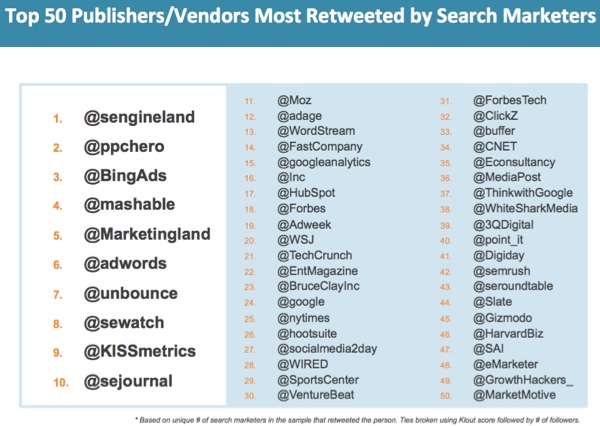 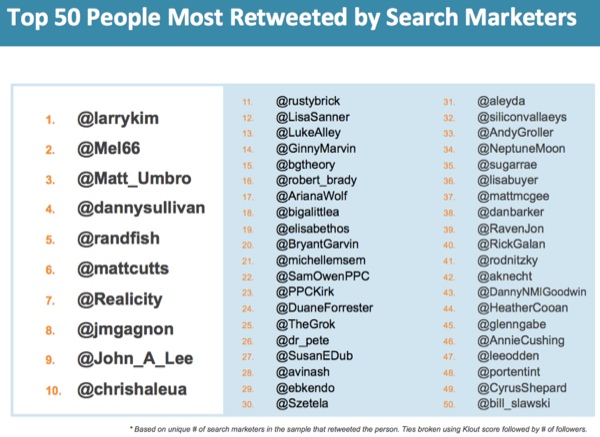