After a lot of confusion over some users receiving error messages who tried accessing Keyword Planner from AdWords. 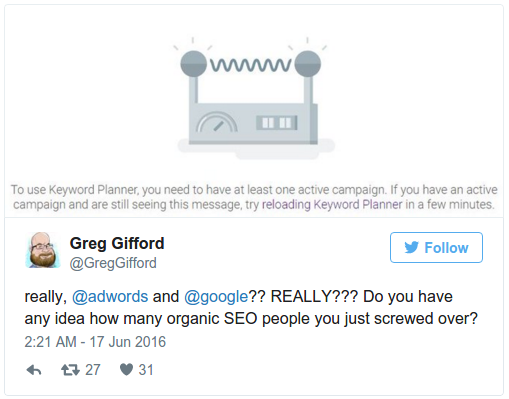 A few years ago Google had made it mandatory to have an AdWords account to use Keyword Planner but it was now that the message for having an active Adwords account was displayed which actually meant that only advertisers could have access to the Keyword Planner.

Google later clarified that this was not the case. 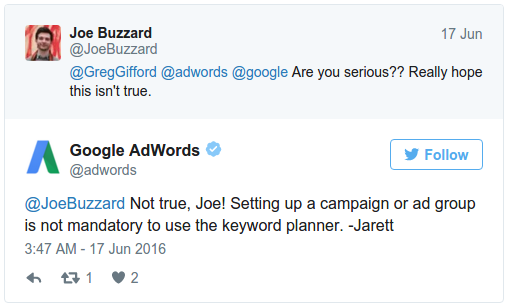 Over the weekend many users reported of seeing the error message. Google said it was a technical issue and only an AdWords account is required and not an active campaign.

Some users with active campaigns also reported of seeing the message. 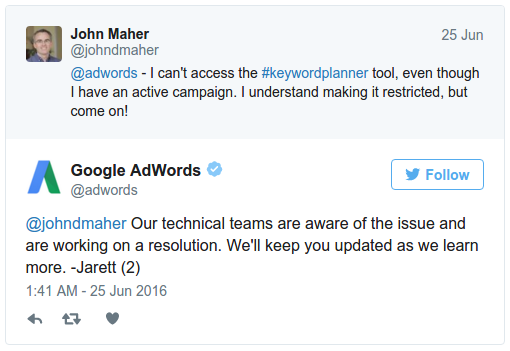