Last month, Google had incorporated a new feature in Google Maps, called ‘Street View’. Besides fetching directions for a destination, this feature enabled users to view images of their destination and its routes as well.

However, according to the Google Blog, Google has updated the photo imagery for Manhattan area and in the process has also blurred the faces of persons shown in the pictures. Google in its Lat Long Blog writes, “This effort has been a year in the making â€“ working at Street View-scale is a tough challenge that required us to advance state-of-the-art automatic face detection, and we continue working hard to improve it as we roll it out for our existing and future imagery.” 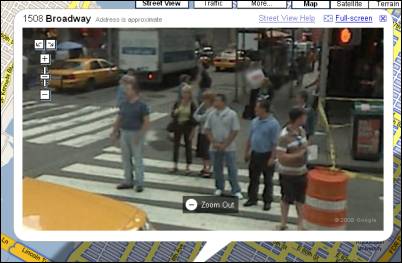 It looks like Google is taking into consideration the privacy and security of citizens by blurring their faces on its Google Maps images, that are available worldwide. Perhaps, this step has been taken in lieu of the feedback that Google must have received. As ‘Street View’ feature is stated to be rolled out globally as well, Google might have decided to avoid legal bouts with other countries and thus the ‘face blur’. Well, precaution is always better than cure. Google cars, equipped with cameras have already been spotted in France and Italy.

On a more lighter note, it seems that the issue of privacy is so paramount to Google, that it hasn’t even spared our underrated animal friends. Check out this image and inform PETA. I’m sure a medal or an award will be waiting for Google! 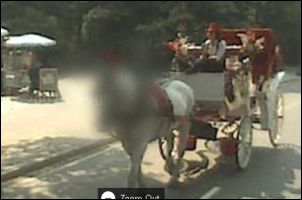