Google To Roll Out Jobs Search In A Few Weeks!

Google announced at I/O17 that they will launching Google for Jobs, a job search feature in the coming weeks.
The testing of the new feature was spotted by a few users a couple of weeks ago. 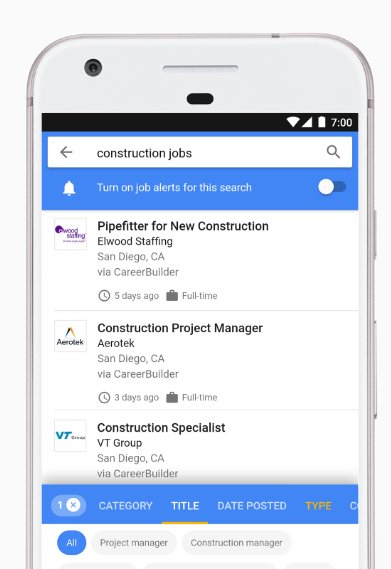 The job feature was not earlier confirmed by Google but they made an official announcement at I/O. Google will probably let developers send the job listings.