The video link tn the SERP includes a direct link to the concerned website as well. This facilitates the user with multi-faceted access to his desired search result. Also, the advertiser enjoys two fold benefits. The video ends with a button, which when clicked, redirects to the site home page. 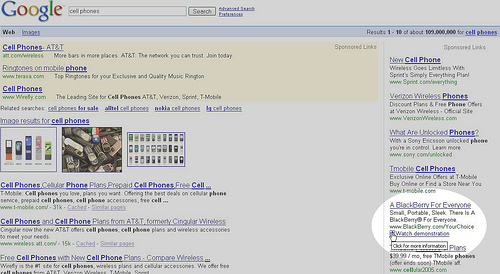 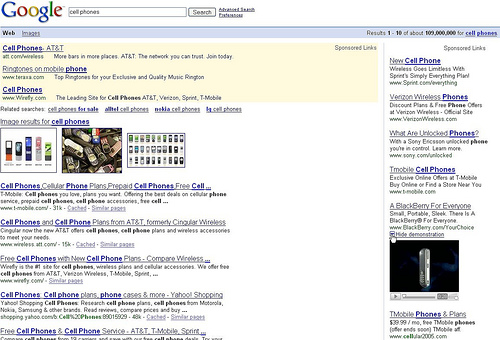 This sort of advertising will greatly benefit the advertisers, especially large corporate brands who have the resources and fundings to create exceptionally creative advertisements. So far, the limit for the number of ads hasn’t been announced by Google. But it’s safe to assume that video ads wont be in mass numbers, as it would crowd the SERP and create an uncomfortable user experience.

The Google video advertisement starts only when a user clicks on the message. The video size is a small 160×140 pixels and uses the Google player to run. The videos have a maximum duration of 30 seconds.

In an interview with the NYT, Google’s Marissa Mayer stated that, â€œtext ads are not as effective on pages with search results that include images and videoâ€ as the eyes of users â€œautomatically gravitate to the images more than the textâ€.

This innovative effort from Google will revolutionize the advertising industry for a long time to come, as more and more search engines would incorporate this feature in their SERP in the near future. This means, that the advertisers would now have to come up with even more innovative and appealing advertisements than ever before. The online advertisement race has taken a new turn and will be more fast paced and aggressive than ever.