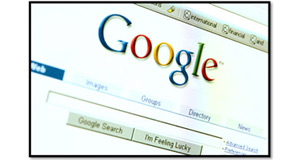 2014 Eye Tracking: Find Out How Google SERPs Nowadays Are Viewed and Interacted With By Users!

In the month of September this year, Mediative carried out its newest eye-tracking research called "The Evolution of Google's Search Engine Results Pages and Their Effects on User Behavior.” As part of this study, research subjects performed many Google searches using desktop PCs. All the research participants received the same Google SERP regardless of what the search query was.

Mediative was interested in knowing which SERPs are viewed and clocked the most, the role of the location listing in the SERP for new views and more clicks and the way knowledge graph, carousel and other Google features have undergone a transformation with change in click activity in listings. Mediative found that the manner in which search engine users scanned the page prior to making the click has evolved in the past 10 years in much the same way Google SERP has. 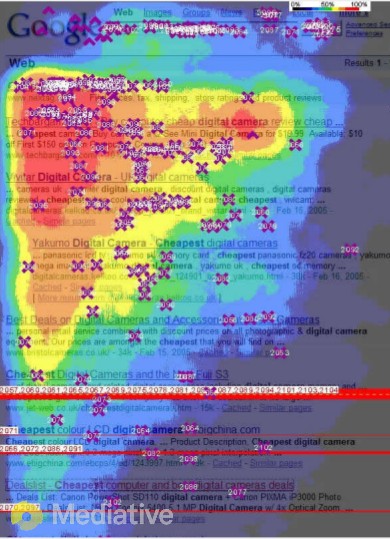 Earlier research in 2005 was very different from that conducted recently by Mediative. The research company found that leading organic results are not always located in the top left corner where searchers view them as existing, so other areas of the SERP are scanned to find out the top organic listing. 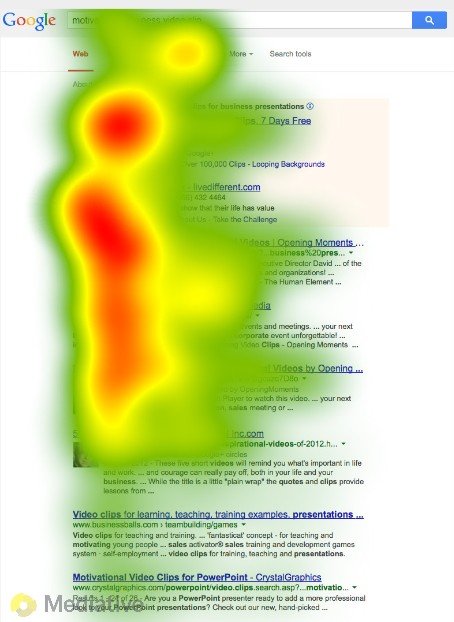 Moreover while scanning was once horizontal, it has now become vertical due to the widespread use of mobile devices. Users also view more research results during a single session and less time on seeing each one.

Another interesting research finding was that Google is keeping users on the result page for as long as possible. Mediative cited an example of this in the case of the use of the knowledge graph. Similar findings were obtained in the case of carousel. Mediative found that SERPs were used by Google to lead to a rise in paid ad impressions or clicks on the search result page for Google.

Research by Mediative suggested 4 basic things. The first point was that basics of SEO are as vital as ever. Creation of new and unique content that attracts customers will always beat chasing any algorithm. On as well as off page SEO tactics can serve to increase being listed in SERP areas other than that of organic listing of a particular site such as front loading in page titles as well as meta descriptions, possession of social pages and listings on directories, ratings and review site, and the research company emphasizes there is no one size fits all approach.

Using scheme markup whenever possible is equally important. Google SERP research conducted by Mediative also found that blog posts marked up through schemas to display the picture as well as moniker of the author increased a massive amount of the engagement even when located far below on the first page. While Google has removed Authorship markup entirely, the results demonstrate how scheme mark-up can be employed to make business listings more attractive on SERP.

The participants in the study were asked to find information about website hosting companies using Google. A majority of the clicks went to two blog posts which had the most representative keywords and phrases for the topic being searched on the Internet using Google.

As per Google, "On-page markup helps search engines understand the information on webpages and provide richer results…Google doesn't use markup for ranking purposes at this time-but rich snippets can make your web pages appear more prominently in search results, so you may see an increase in traffic."

Schema markup is the most unused tool for SEO at present and it has a lot of potential according to reports by Searchmetrics and BruceClay.Com.

Mediative also emphasizes that it is important to have knowledge about user intent so that sites can appear in the top organic listing. Struggling to compete with big brands, rating or review sites is also hard and user intent plays a very important role in this. The strength of the brand and the searcher's intent play a very important role in determining whether the business will be listed on the first listing or the first page. If a business structures its content around what people want, it will be successful. Even if you cannot get the top organic listing, focus on other areas or SERP such as positions 4 or greater, says Mediative.

Gord Hotchkiss writes how searchers tend to "chunk" information on the SERP and go through the chunk in the same way they would for the complete SERP. This is in a triangle pattern and getting listed ahead in the chunk is of great value. See the heat map below for chunking and scanning ideas: 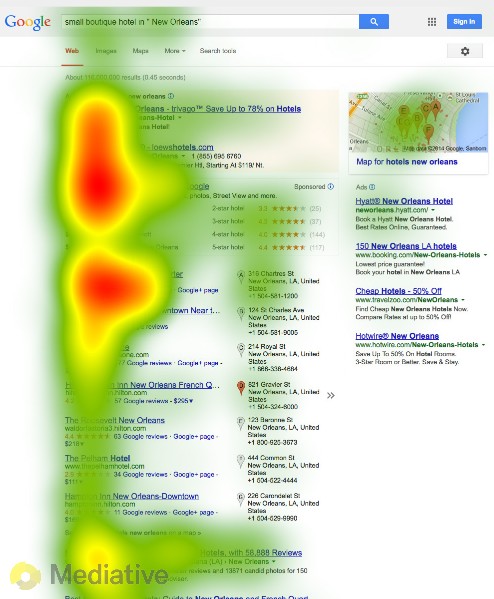 Mediative's research found those businesses located in top 4 organic listings including carousel results, knowledge graph, paid listings and so on garnered a majority of the clicks. Very few people went to the second page to see more results. Those who are not on the first page of the Google search results are invisible to a majority of users.

Mediative also found that a blend of SEO and paid search can enhance maximum visibility in SERP areas. This affects branding as well as traffic. Paid listings are also important as part of the digital strategy as against just organic listings. Click through rates for top sponsored listings have undergone very little transformation in the past 10 years. Huge changes have taken place on the potential of sponsored ads to attract clicks and activity here is very little. Searcher conditioned behavior is chiefly responsible for this, says Mediative. The research also found that branding effects of paid search are important even if they do not drive traffic.

Mediative also conducted a Brand Lift research study and found real estate branding on its own on the SERP will have higher click rates as well as greater brand affinity, recognition and purchase consideration among other factors. This makes paid search extremely important. Impression data from Google paid ads can also reveal the number of times the ad has been shown and how many viewers saw it from a branding perspective.