12th of October, 2011 and the Google home page is displaying a charming doodle. Hovering the mouse over it will tell you that this captivating animation is dedicated to the Arthur Charles Farrington 90th birthday anniversary. The six animations that you can see unfolding on the Google Home page are all six different colors – G box, pink bubble, yellow bubble, light blue bubble, green bubble and orange bubble. 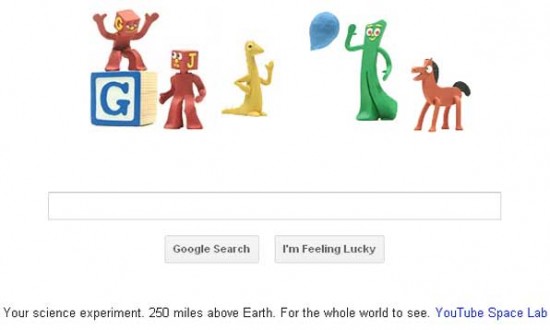 This is the perfect tribute to one of America’s most popular animators of the 20th century. Art Clokey, was his popular name, but he was really Arthur Charles Farrington. The creative genius was instrumental in popularizing top motion clay animation. Art was born on October 12, 1921 in Detroit, Michigan, USA.

He studied geology at Pomona College and graduated from Miami University, in 1948. He shot to fame with the animated character “Gumby.” 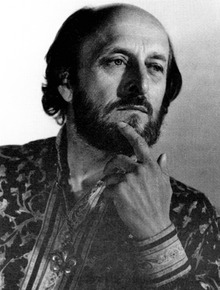 Clokey's first animated film came out in the year 1953. It was a three-minute short film called Gumbasia, that showed a montage of moving lumps of clay set to music. It was not until 1957, that Gumby came to TV via NBC. Children grew up in the 1960s watching Clokey's puppet films, along with interviews and games.

Gumby was based somewhat on the character of the Gingerbread man. Only that Gumby was green in color. The character Gumby had wide legs so that it could stand firmly (being made of clay) during stop-motion filming. Over the years, Gumby has taken its place in polular culture. It is seen in video games and film and television. Gumby dolls are also hugely popular.

Art Clokey, the creator of Gumby may not be known to the little kids playing with the toy, but he has been immoratlised with his creation. The fact that Gumby has more than 134.000 fans on Facebook says a lot about its never ending popularity.

Arthur Charles Farrington passed away last year on January 8, 2010, in California due to medical complications. But this doodle made by Google, has brought back his memory to millions around the world!

For more see the wikipedia link.