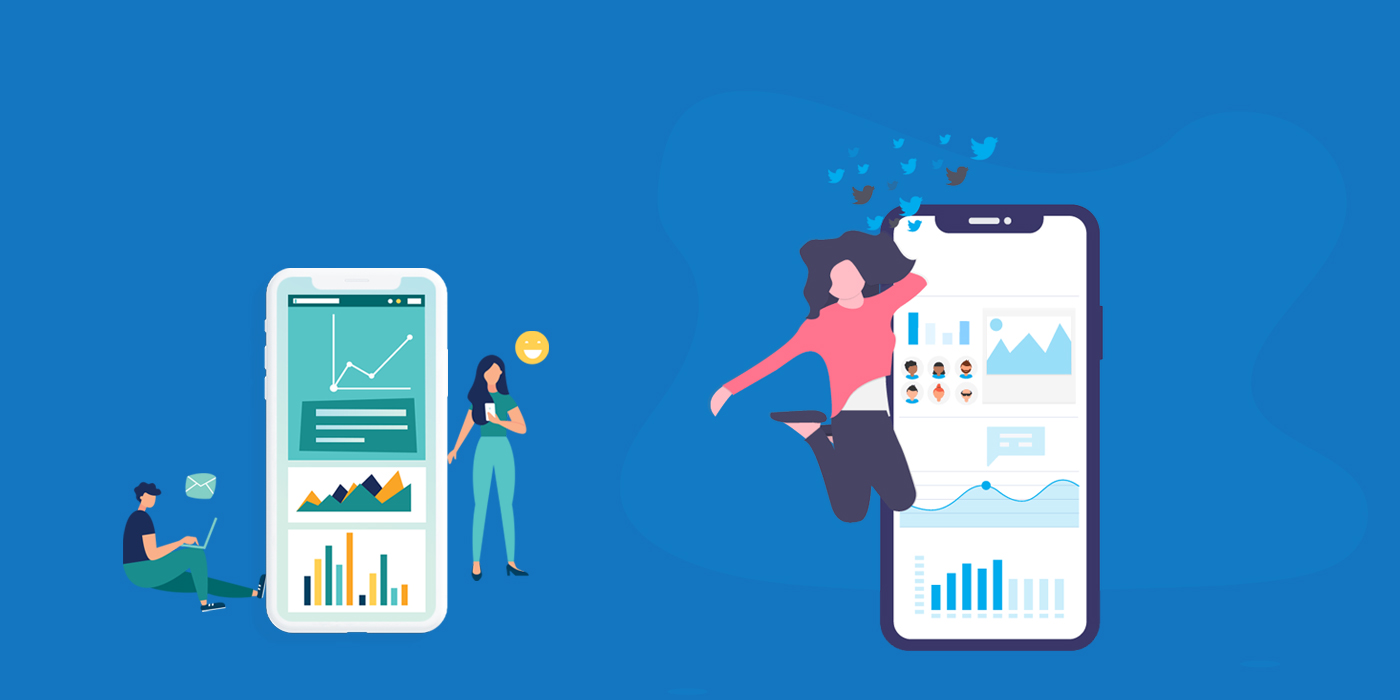 How to Use Influencer Marketing When Promoting a Mobile App

Influencer marketing is a booming trend.

If you worked hard to build an excellent app, using influencers to promote it can help you win many new users.

To get the most out of this type of marketing, you need to understand how to use it properly.

Influencers gather followings on a wide variety of platforms.

Naturally, they perform better on some platforms than others, depending on the industry they target.

What does this matter to you? Well, it makes a world of difference for your target audience.

As you know, your audience is most active on a specific platform.

So the first thing to look at is what platform do you want to influence your app on.

sLet’s say that the target audience for your app is between the ages of 18 and 24.

In that case, picking TikTok as your primary platform makes much more sense than a Facebook ad campaign because young users are much more active and engaged on TikTok.

To use influencer marketing correctly, you must clearly understand what platform matters most for your audience.

To achieve that, you have to conduct market research.

Take special care to research the platforms your audiences are active on before choosing a popular influencer to promote your app.

You should make it clear what you expect from an influencer.

If you don’t communicate your expectations clearly, it’s possible you won’t get the promotion you were looking to get.

You and your influencers have to be on the same page as far as your app promotion goes.

After you agree on the terms, write everything down, so there’s a plan ready.

You should discuss how many posts they’re going to publish.

Even if you hire a well-known influencer, a single mention of your app doesn’t guarantee tens of thousands of app downloads.

It’s going to take a series of posts, possibly dozens, to convince their followers to give your app a chance. So work out the exact number of posts they should publish.

We’re talking about various stories, short videos, and photos. Each of them could show various features of your app and encourage followers to give it a try.

As you know, consumers prefer recommendations from the people they trust, so a reputable influencer’s review of your app is one of the best ways to promote it.

You should decide on the number of posts per week and stick to the content plan.

That way, the influencers will show consistency to their followers and help win those who are still deciding on whether to download your app.

Let’s keep talking about their audience or followers.

If you compare the audiences of several influencers, they may all behave differently.

Some audiences are incredibly engaged and dedicated, while others stick around for the content but engage with the influencers and their additional offerings far less.

When you have an app ready, you don’t want people to only hear about it.

You want as many people to engage right away and download the app. If the target influencer’s audience is very reactive to their posts, you can expect a fantastic response.

Remember, successful influencing is not only about the numbers.

Have a look for yourself:

sAccording to an Instagram study by Markerly, as the size of the audience grows, the engagement from users goes down.

However, audience engagement is a crucial consideration.

If you misunderstand the audience of your target influencers, your big social media promotion will only make a splash.

So how can you keep this from happening?

There are two things you need to do to succeed at this.

When you have an idea on which platform your audience is most active and which influencers to hit up, research how responsive their audience is.

Second, ask the influencers what their conversion rates are.

Since you’re probably not the first business they’re collaborating with, they’re bound to have some data on what results their efforts are bringing.

For example, if they’ve influenced users to download something in the past using their custom download code, they can have data on how many users used that code.

When it comes to audiences, things can get tricky.

Influencing is a lucrative business. A dedicated base of followers is a hard-earned thing.

Unfortunately, social media platforms are not immune to bots.

Fake influencers use fake accounts made entirely for the sake of growing the follower count.

Many people claim to be successful influencers with a huge following, while in reality, they use paid bots to imitate a fanbase.

To you, those accounts are entirely useless because a fake account will never download your app and become a user.

The only thing they can achieve is to waste your resources.

If you want to have a successful influencer app promotion, start thinking about safety checks for fake influencers.

Lucky for you, they’re easy to spot once you know where to look.

The first sign that an influencer doesn’t have the reach they pretend to have is if their follower base looks random and suspicious, as below:

sAs you’re scrolling down their follower list, you’ll spot many accounts that lack any distinctive features.

If you’re unsure whether they’re fake, investigate further by clicking on the accounts.

If the followers have no posts, you might be dealing with a fake influencer.

When you check out the accounts of their followers, they have no posts of their own.

People use social media to post things about themselves; when their accounts only follow other users, it’s obvious they’re fake.

sFake accounts have a few or no pictures at all. They can have a profile image, but it’s easy to spot they’re fake.

Generic comments are another red flag.

This is what we’re talking about:

When users pay for bots to flood their posts with comments, they usually leave generic messages devoid of any character traits.

Know How to Find Influencers

To use influencer marketing successfully, you must know how to find your influencers.

When we say how, we don’t mean talking about searching the specific social media platform of your choice.

We’re talking about ways to outreach for influencers that can help your app grow.

This step has become an integral part of successful app marketing.

Doing things manually is time-consuming and has limited success. There are two other things you can do to find the best influencers for your app.

You can hire an influencer agency.

They’ve been around for long enough to have field-tested results for influencer promotion. If your budget can allow it, discuss what you aim to get out of your collaboration and request a quote.

Similarly, you can use an influencer platform to find who’s trending on what topic.

Simply enter the topics you’re interested in, and you’ll get data on their engagement levels.

Finally, you can always do influencer outreach campaigns.

They are similar to social media campaigns, but your goal would be to find influencers that genuinely love your app and would be happy to collaborate on it.

Now you know how to use influencer marketing to promote your app.

Like we said, influencing is not about mere numbers. It’s all about finding the right influencer for your unique app that will encourage their users to engage with it entirely.

Once you find your ideal person, you can supercharge your download rates in the App Store.

Heather Redding is a part-time assistant manager, solopreneur and writer based in Aurora, Illinois. She is also an avid reader and a tech enthusiast. When Heather is not working or writing, she enjoys her Kindle library and a hot coffee. Reach out to her on Twitter.