Olympic Mobile Searches Increase 10 Times to Make For 50% of All Olympics Searches – Google!

The Olympics Games, London 2012, have had a huge impact on mobile searches. As per Google, people are using their tablets and smartphones to perform searches while the matches are being played before them. Spikes in searches during sporting events is not a new thing, the same has been observed during Super Bowl and other tournaments, and during Olympics’ first week, mobile search on smartphones and tablets increased by a huge 10 times the number as compared to the previous week. Google said that people searched about who they were seeing on the TV screen or laptops on their smartphones. Like during the opening ceremony, people searched for the latest on Paul McCartney. Google said, “Here is one such example where searches for Paul McCartney surge in line with his performance of Hey Jude at the end of the opening ceremony. Whether watching the Olympics at home on TV or on a desktop livestream, or at a bar with friends, users searched on one screen for things they saw happening on another screen.” 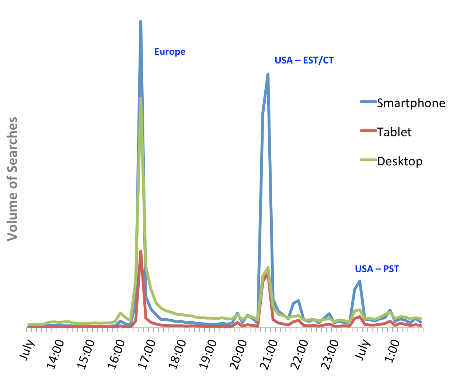 Google also revealed that the searches were performed globally and here are the numbers that came up from different continents and countries of people performing searches on their mobile phones and tablets: Japan 55%, USA 47%, UK 46%, Australia 45%, Israel 37%, South Africa 24% and Brazil 11%. 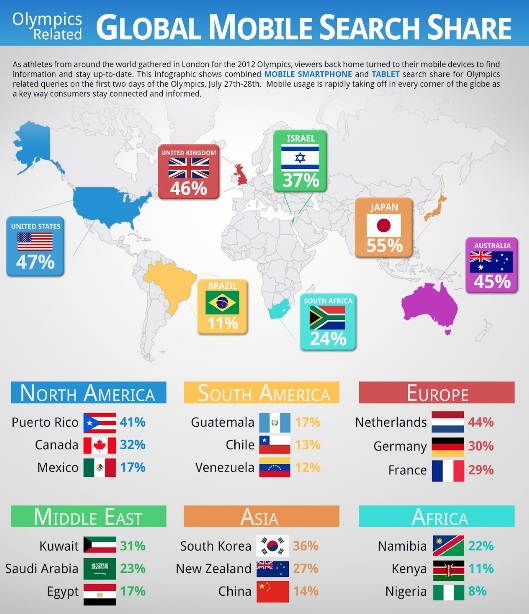 The first week has led Google to make these observations about people, sports and mobile devices. Let us see what Google comes up with later.