Don’t delete your old disavow file if you upload a new one because it “confuses folks”. Google's Head of Search Spam, Matt Cutts announced on Twitter early Tuesday morning that you do not need to remove your old disavow links file before uploading a new one. This means that the next time you are going to upload a new disavow file, remember not to click on the Delete option and just upload the new file. 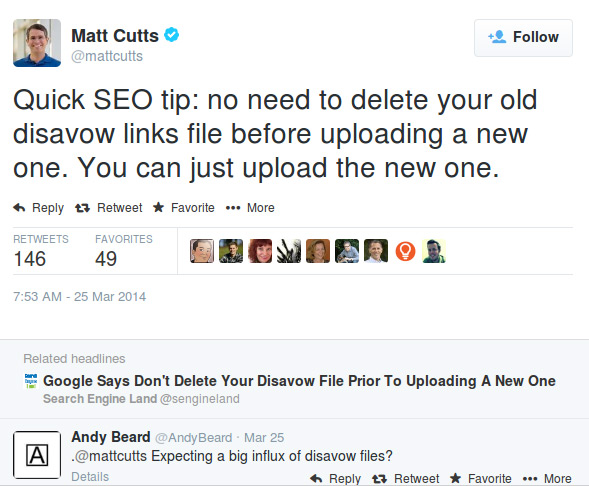 Shortly after he clarified by tweeting that why Google recommends not to delete the file: 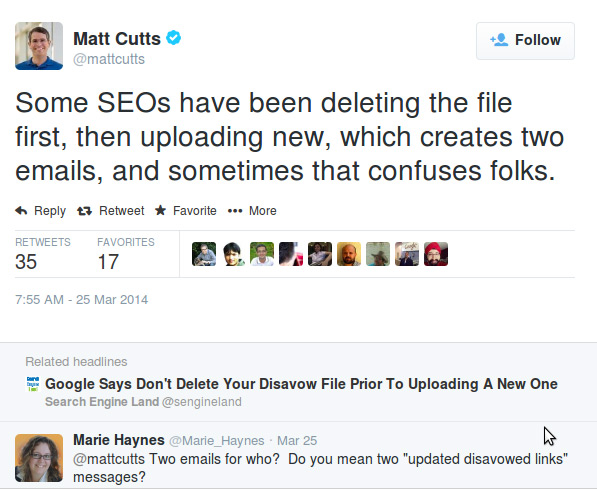 Cutts didn't specify what does he mean by “folks”. It is likely that he might be talking about the reviewers at Google who analyze the disavow files for manual actions. The tweet also doesn't clarify whether Google maintains a history of the disavow files or each new disavow links file is just added to the previous ones.

The disavow tool has popped up in news several times throughout this month. Early this month Google announced that you do not need to disavow irrelevant links. A few weeks later, Cutts confirmed that you can disavow links even if you haven’t been penalized in some cases. Later again, Google said that it doesn’t use data from the tool against the sites whose URLs are being disavowed.